One of only seven built in the world, the EMI-Neve A3096 is considered to represent the all-time pinnacle of audio console design.
Custom built for EMI Cologne, it’s the twin of the desk used to record hits such as Pink Floyd’s ‘Wish You Were Here’ at Abbey Road Studios (formerly EMI Recording Studios).
Our A3096 harbors 36 Neve 1091 Pre Amps / EQ’s in original condition, 60 returns and 12 groups, in addition to 4 original Neve 2074 EQ’s & 8 original Neve 2076 High Gain EQ Bus Amps.
The range of outboard and plugins listed below are dedicated to Studio C.

Our outboard equipment spans the history of the industry, from gear you have heard of and seen to ultra-rare items.
Please note floating outboard is subject to availability.

We have one of the most unique and historical collections of microphones in the world; all regularly serviced.
Please note microphones are subject to availability. 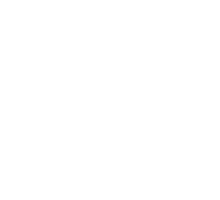 Login to ICP
Reset Password
Enter the username or e-mail you used in your profile. A password reset link will be sent to you by email.

When you visit our website, it may store information through your browser from specific services, usually in the form of cookies. Here you can change your Privacy preferences. It is worth noting that blocking some types of cookies may impact your experience on our website and the services we are able to offer.